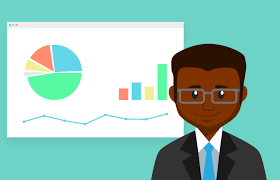 Earlier in the year, Canada’s immigration minister, Chris Alexander announced the promise of an ‘immigration investor venture capital pilot’ scheme. Since then, the world has been waiting with baited breath.

However, Canada’s immigrant investor program is ‘troubled’ due to problems with past similar programs.

The Immigrant Investor Venture Capital Pilot Progam should allow foreign nationals to apply for and acquire Canadian permanent residence visas. Obviously, on the condition that they start up their own businesses in Canada.

Apparently, under the latest plan, applicants will have to invest over twice the amount of the previous immigrant investor program (IIP). The investment will also have to take place over a longer period than the last program.

Just last week, Justice Mary Gleason of the Federal Court of Canada quotes the old truism: “Asking for something does not create a right to it.”

There was an outcry in February when Alexander announced the closure of the IIP, with around 25,000 outstanding applications.

Taking families into account, it’s estimated that around 65,000 people lost their chance of Canadian citizenship.

The formal announcement is expected to be made later in the year, along with full details of the scheme, which is expected this fall. However, we do have some details right now, revealed by Alexander, himself:

What do you think of the proposed new immigrant investor program so far? Let us know in the comments.

Are You Interested in Applying for the New Immigrant Investor Program?

VisaPlace only works with qualified immigration lawyers who can help you pursue your immigration goals. If you are interested in applying for the new Immigrant Investor Program, contact us to book a consultation.